Here are some of the research projects I've worked on. You might also be interested in my Google Scholar profile. 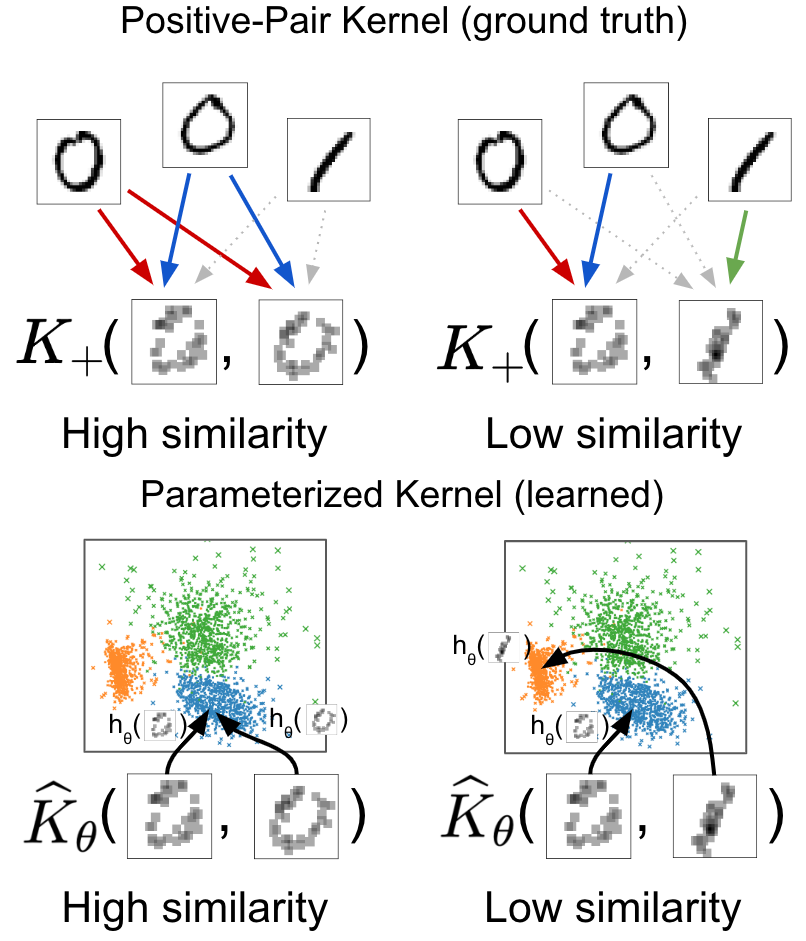 Daniel D. Johnson, Ayoub El Hanchi, Chris J. Maddison
We reveal a surprising connection between contrastive learning objectives and kernel methods: the optimum of these objectives can be reinterpreted as a positive-definite kernel, and the spectral decomposition of this kernel yields a min-max optimal basis for supervised learning under the assumption that positive pairs have similar labels. 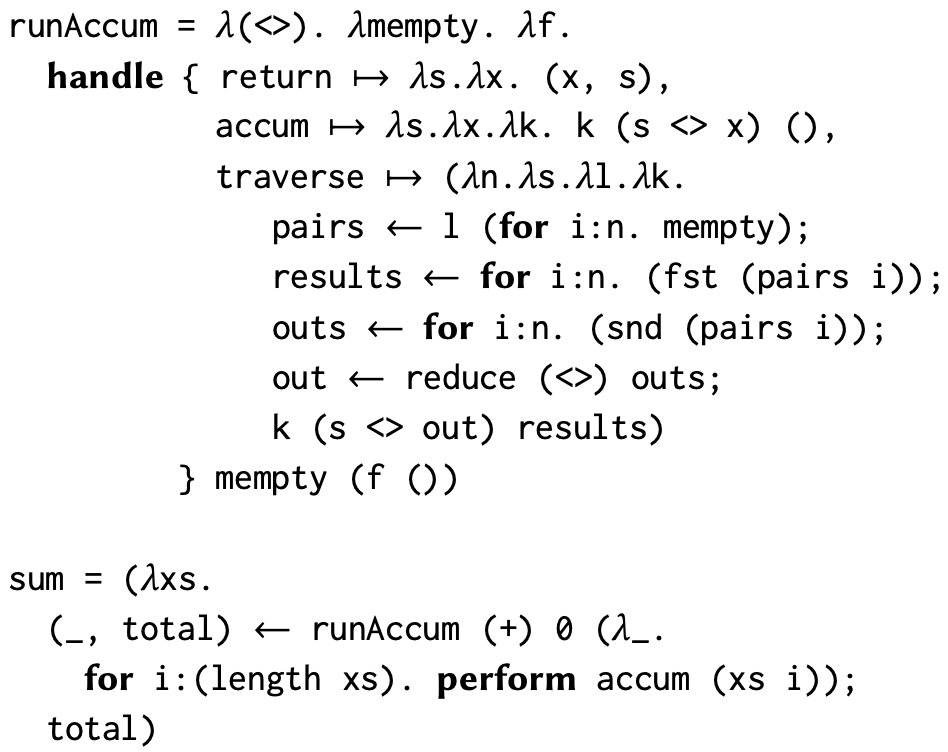 Ningning Xie*, Daniel D. Johnson*, Dougal Maclaurin, Adam Paszke
ACM SIGPLAN Workshop on Partial Evaluation and Program Manipulation (PEPM) 2022
Motivated by the language Dex, we explore an extension of algebraic effects that ensure effects can be executed in parallel. We formalize this in an untyped lambda calculus and also provide a Haskell implementation. 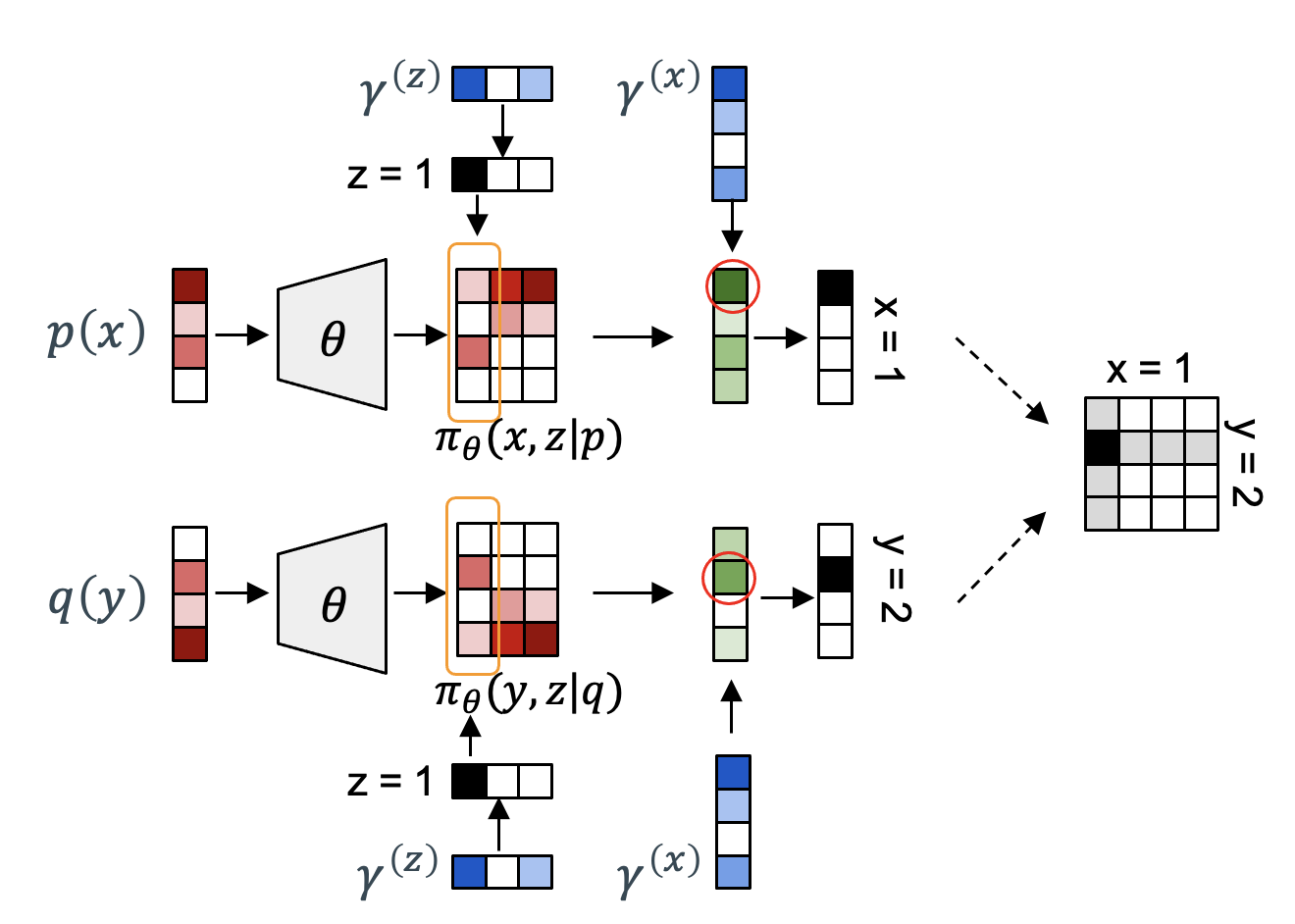 Guy Lorberbom*, Daniel D. Johnson*, Chris J. Maddison, Daniel Tarlow, Tamir Hazan
NeurIPS 2021 (spotlight)
We generalize the Gumbel-max structural causal model to a family of parameterized causal models, which can be trained to minimize quantitative criteria such as the variance of counterfactual effects, and which then generalize to new counterfactual queries at test time. 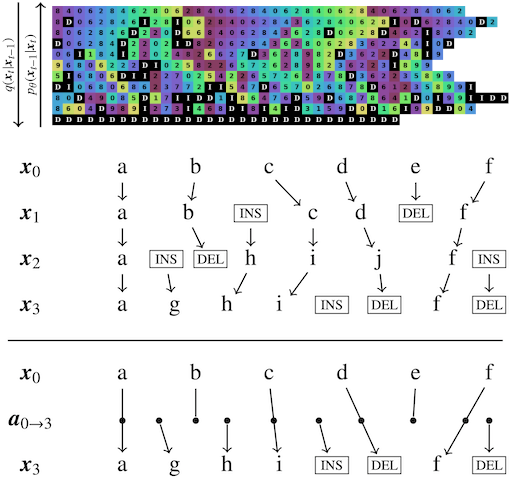 Daniel D. Johnson, Jacob Austin, Rianne van den Berg, Daniel Tarlow
2021 ICML Workshop on Invertible Neural Networks, Normalizing Flows, and Explicit Likelihood Models
We consider a class of discrete corruption processes and denoising models for sequence data that can insert and delete elements while still being efficient to train and sample from. We demonstrate that these models outperform standard in-place diffusion-like models on an arithmetic sequence task, and that when trained on the text8 dataset they can be used to fix spelling errors without any fine-tuning. 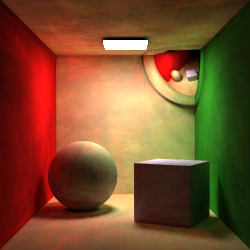 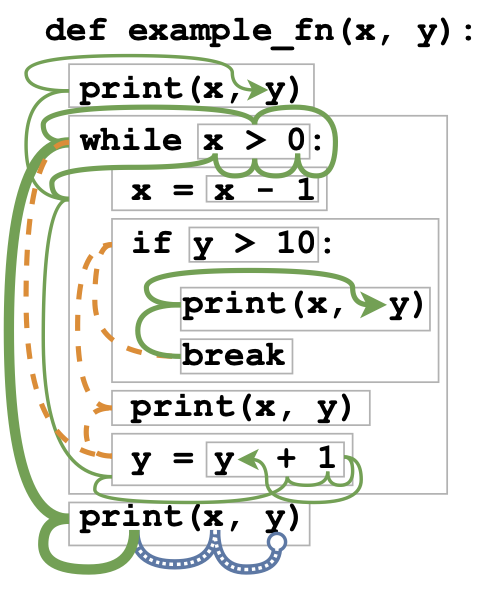 Daniel D. Johnson, Hugo Larochelle, Daniel Tarlow
NeurIPS 2020 (spotlight presentation); also presented at GRL+ 2020
We propose a differentiable layer that learns to add new edges to a graph based on a continuous relaxation of the accepting paths of a finite-state automaton. This layer can reproduce static analyses of Python programs and, when combined with a larger graph-based model and trained end to end, improves performance on the variable misuse program understanding task. 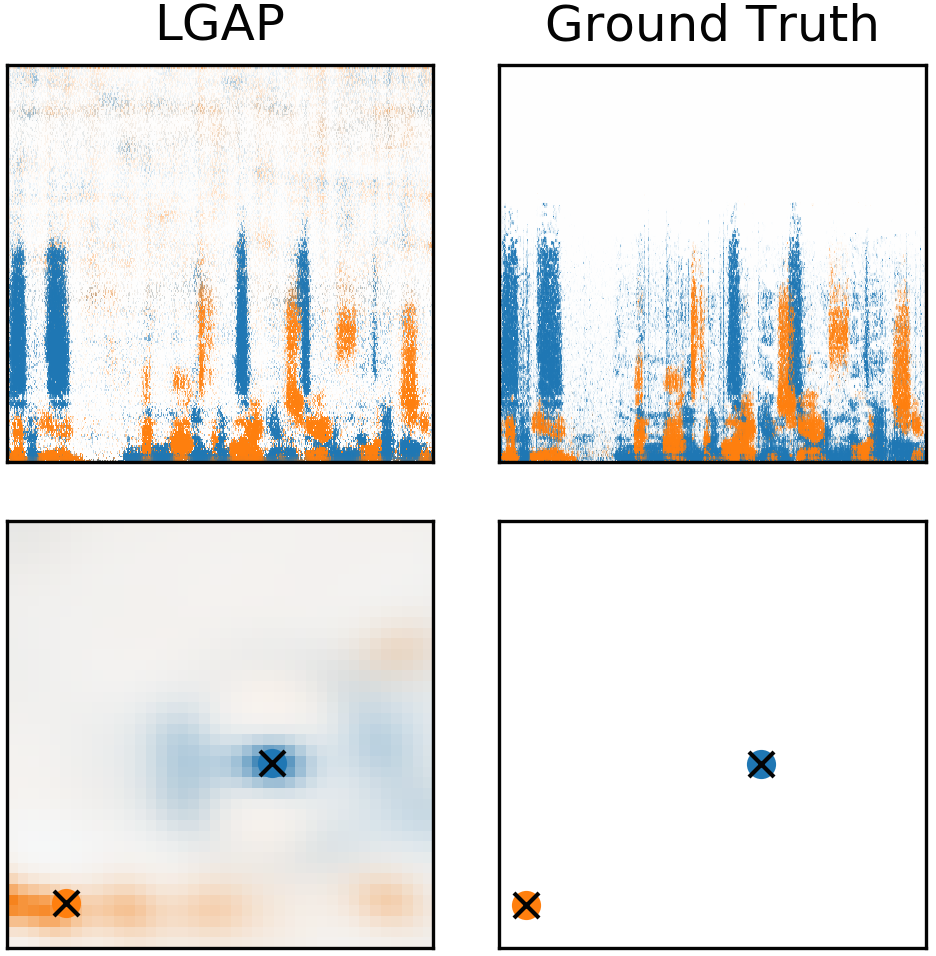 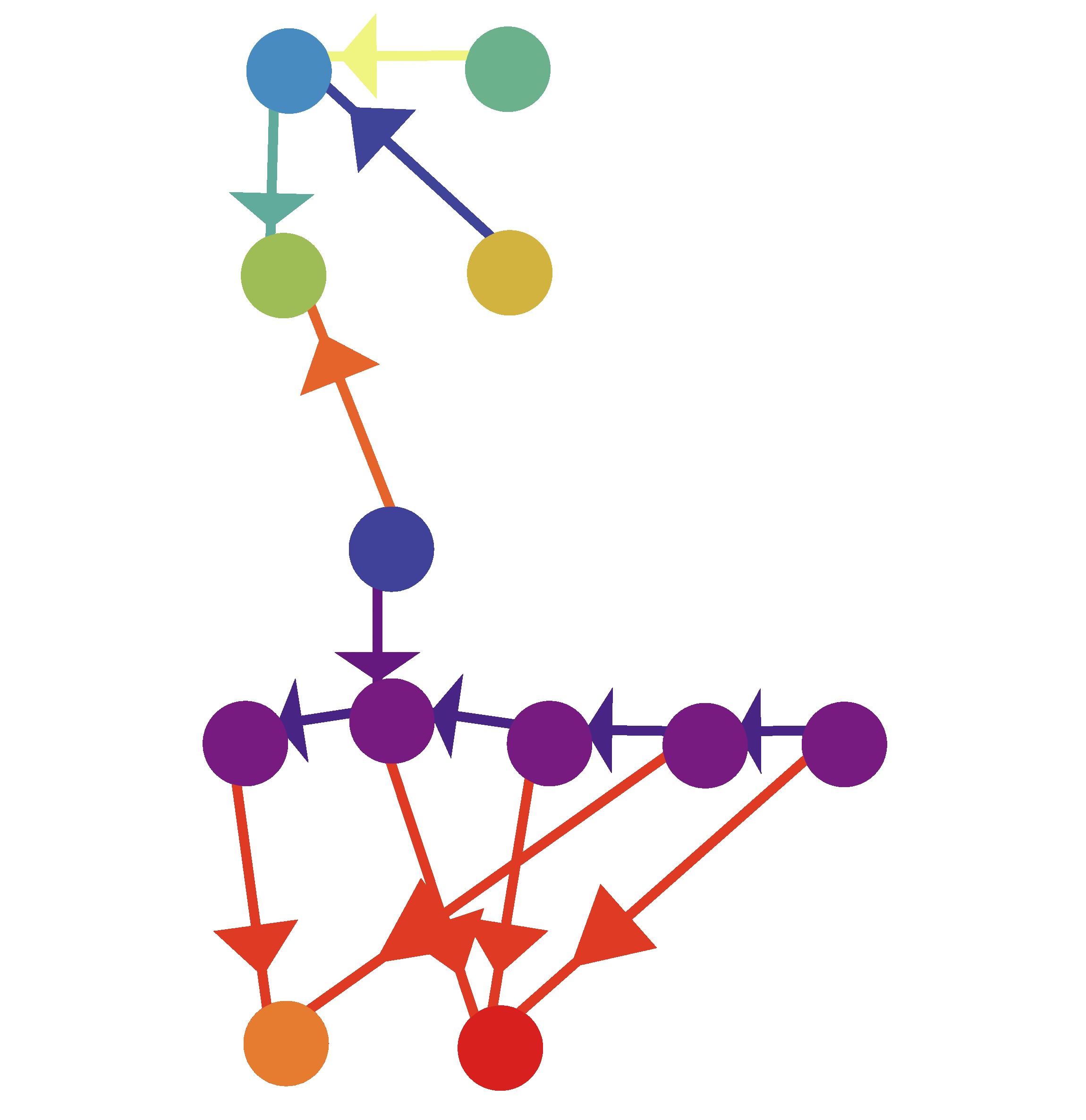 Daniel D. Johnson
ICLR 2017 (oral presentation)
This work introduces the GGT-NN, a model that uses a graph as an intermediate representation and learns to modify those graphs in response to textual input. The model is able to build knowledge graphs for most of the bAbI tasks and can also simulate the operation of simple Turing machines. 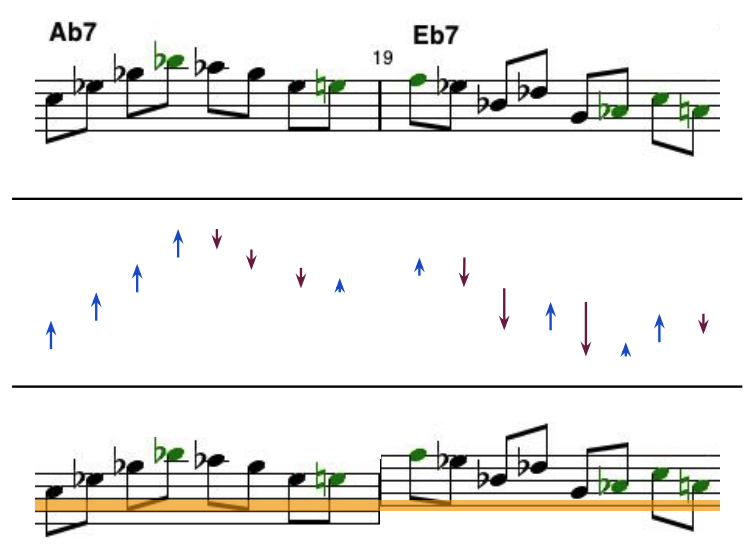 Daniel D. Johnson, Robert M. Keller, Nicholas Weintraut
International Conference on Computational Creativity 2017
We describe a neural network architecture that learns to generate jazz melodies over chord progressions. The predictions are generated by combining information from an "interval expert" that follows the melody contour and a "chord expert" that scores notes based on their relative position from the root note in the active chord. 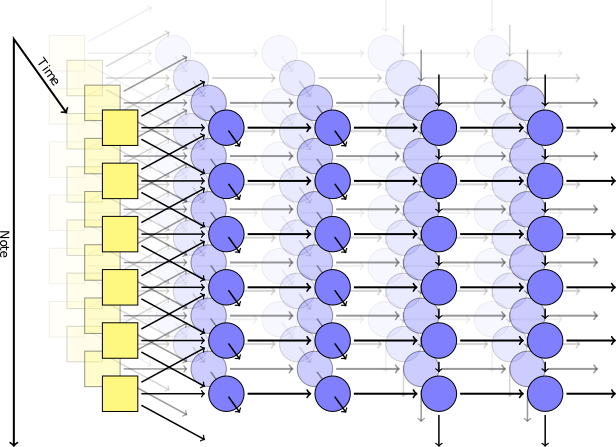 Daniel D. Johnson
EvoMusArt 2017
This work describes an architecture for generating polyphonic piano-roll music by using two arrays of LSTMs along perpendicular axes: time-axis LSTMs pass states forward in time, and note-axis LSTMs pass states upward across notes. The work started as a blog post, and was later published as a conference paper.