In my previous post, I described my music-composing neural network. In some of the time since then, I extracted some interesting images to visualize the neural network’s internal state. And this is what I got: 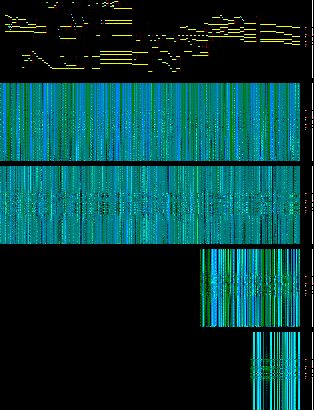 Here’s a similar image at a different point in composition: 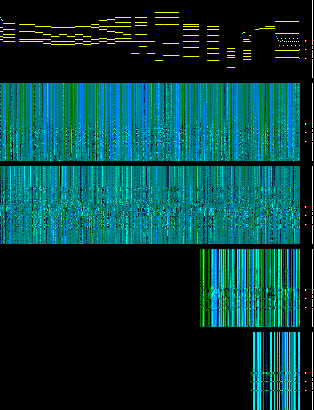 Notice how the network seems to behave differently in the vicinity of the notes it has played or chooses to play next! Even with the large amount of information, the locality of the neural network is still visible.

We can also visualize in a different way. Instead of taking snapshots in time, and looking at all neurons, we can pick a single neuron and track its activation over time and notes. This is what I have done here, for some arbitrary neurons in the first layer:

Here are some from the second layer:

It’s pretty hard to actually figure out what the network is doing here, but you can definitely see some things:

Of course, these represent a very small set of neurons, shown on a relatively small portion of output. Its likely that many other neurons have interesting patterns, and that some of the confusing patterns in these images would make more sense when the network is generating different styles of music. Either way, though, they still look really cool!