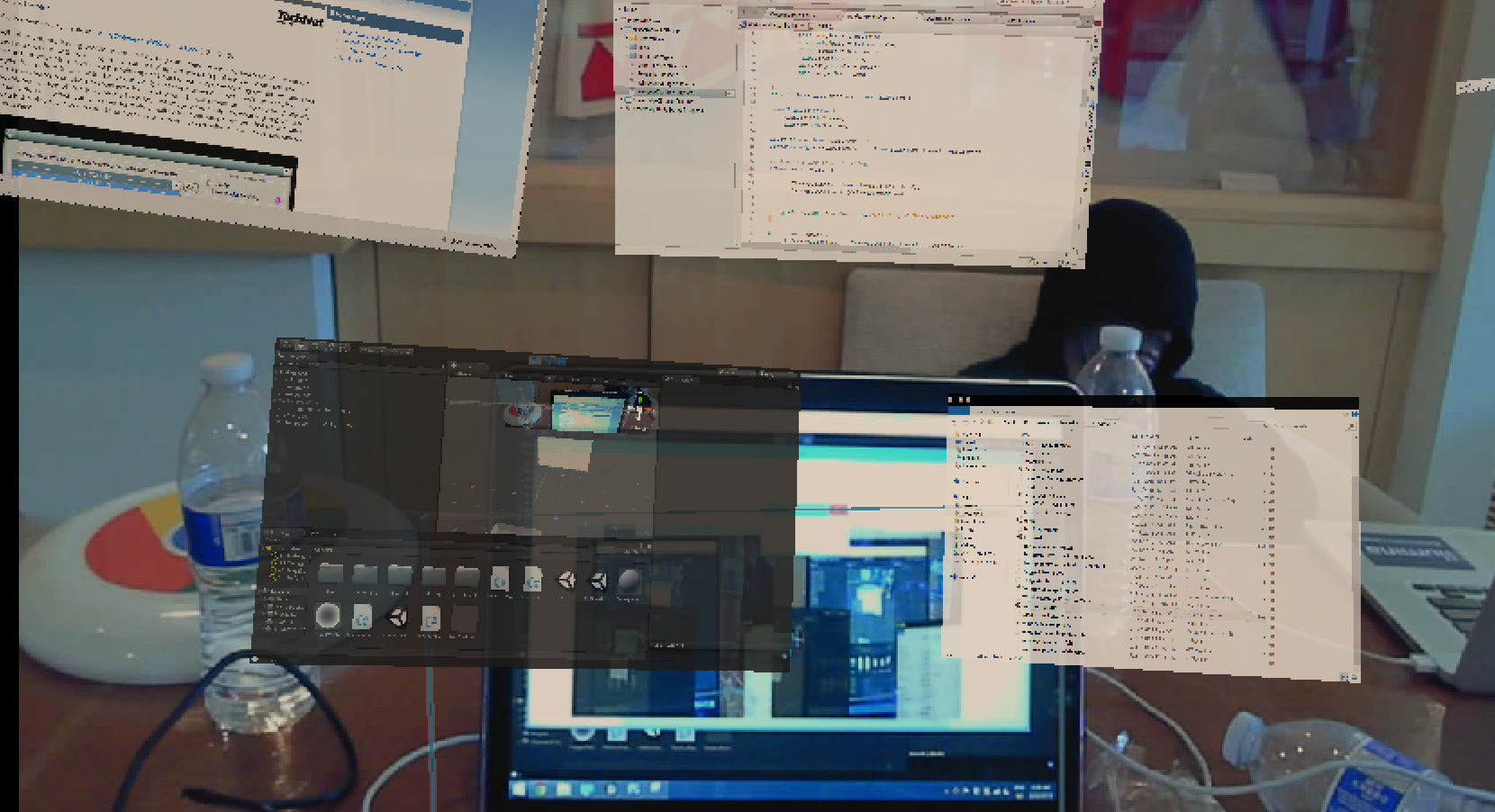 A few weekends ago I went to the TreeHacks hackathon at Stanford. It was a lot of fun, and was probably the best hackathon I’ve been to so far, so good job Stanford people! While there, I got a chance to work with a Meta 1 developer kit. I used them to make a 3D augmented reality replacement for alt-tab, where the windows on your computer would fly out into 3D space. For those of you who don’t know, the Meta 1 augmented reality glasses are a pair of glasses that you can wear that allow you to render objects on top of the world in real time. You can reach out and grab objects and interact with them, too! It isn’t quite perfect yet, but the developers are hard at work; the day before I got there, they finished the first version of a new positional tracking system they were working on. 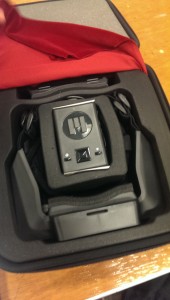 Anyway, my idea was to make it so that you could use the extended screen space offered by augmented reality to free your computer windows from the screen. I thought it would be a lot more fun and more intuitive if you could simply grab and drop windows in 3D space, with your hands. Here’s a youtube video of my finished product:

My hack is split into two main parts:

This hack was challenging because C++ and C# are languages I am only somewhat familiar with, and I had never worked with the Win32 APIs or Unity scripting before. As such, I ran into a few fun bugs. Some of my favorites:

Overall, though, it was a very positive experience. I talked to a bunch of people from Meta, and they liked my project. I actually ended up winning one of their Meta 1 Developer Kits to take home!